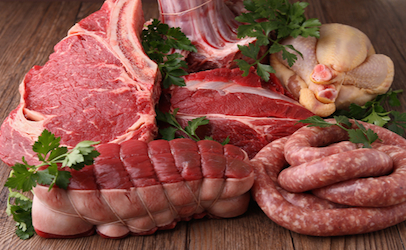 A review of meat processing plants in the United Kingdom following a number of high-profile issues has spurred a series of recommendations to improve the industry.

Suggestions in the draft review will be considered at a meeting by the Boards of the Food Standards Agency (FSA) and Food Standards Scotland (FSS) on Oct. 17.

The UK-wide review of cutting plants and cold stores was launched in February this year after non-compliance issues were identified at some cutting plants during 2017 and early 2018. Industry practices on traceability, durability and authenticity were put under scrutiny.

Incidents involved Russell Hume, a company the FSA said was unable to demonstrate compliance with food hygiene rules and which went into administration earlier this year. Undercover footage in July 2017 of a 2 Sisters Food Group plant released by newspaper The Guardian and broadcaster ITV showed poor food hygiene practices and breaches of food safety legislation.

The 19 recommendations are designed to prioritize food safety and improve industry standards in the meat supply chain. They are spread over short (0-6 months), medium (6-18 months) and longer term (18+ months). For the full list go to page 51 of the draft review.

“Consumers need to see evidence that food businesses are prioritizing food safety as part of their overall management culture which will drive improvements in public confidence in the meat industry,” according to the review.

Some proposals for industry were introducing CCTV at critical points within cutting plants and cold stores, such operators reviewing traceability records to ensure comprehensive supply chain information is available for audit and demonstrating transparency by making information available to regulators such as data from DNA testing for authenticity.

Ideas for regulatory authorities included trialing use of a single organization to deliver all official controls in a geographic location, assess the role of agents and brokers of meat and controls applied at this part of the distribution network and more effective use of data and improved regulatory coordination and consistency.

FSA and FSS said preliminary analysis of the recommendations suggests their financial impact on businesses and regulators would be “minimal”.

Jason Feeney, chief executive of the FSA, said the review followed a series of events over the past 12 months at a number of meat businesses.

“These incidents cast a shadow over the whole sector and not just the businesses directly at fault. This challenged consumer confidence and trust in the industry as a whole. There are good reasons why the meat industry has specific controls in place to protect public health and provide assurance about the authenticity of meat products on the market.”

Geoff Ogle, chief executive of FSS, said the review was essential to ensure the public has confidence in the safety of the UK meat industry.

“The majority of our meat sector acts responsibly ensuring food safety compliance across their process, and it is important that the actions of a minority do not damage the reputation of the whole sector. The input of industry bodies in this review has been, and will continue to be, paramount…,” he said.

Ogle said after agreement on the next steps it will deliver the improvements identified.

“All decisions and actions will continue to be taken in the best interests of consumers and will be based on the evidence base and expert scientific advice. We all have a part to play in ensuring the safety of our meat and meat products.”

Meanwhile, a UK trade union has claimed victory after the FSA ended a four-year recruitment freeze on meat hygiene inspectors.

Unison ran a petition demanding the agency end the hiring freeze which was signed by more than 104,000 people. FSA directors agreed to fund 36 permanent executive officer grade posts in field operations. Recruitment will start in the coming weeks, with new employees taking up their posts as soon as they’ve been trained.

“This has been a long and dedicated campaign and we’re delighted the FSA has seen sense and has proven that it values the role meat inspectors play in protecting the public. Unison will be working with the FSA to make sure it sticks to its promises, making sure the new posts live up to expectations,” said Unison national officer Paul Bell.

The union previously raised concerns about safety in the meat industry and the need for more inspectors. It said there must be a permanent independent inspection presence in every slaughterhouse to prevent a culture of complacency in food hygiene.